Download PowerPoint PDF
In this episode, we have invited a number of guests to speak of the late Paul Piperato, who served Rockland County Clerk for many years, as well as served in a variety of roles for charitable and not-for-profit efforts, including Jawonio, Rotary, Rockland ARC and People to People.

Below is his obituary, as made available from https://www.gmholtfuneral.com/obituary/paul-piperato.

Paul Piperato passed away peacefully on May 6, 2020. Paul was born June 19, 1958, in Suffern, NY. He was a son of the late John Joseph Jr. and Mary Elizabeth Piperato. Paul started his political career as the 1976 class president at North Rockland High School, which foreshadowed his career in local politics. Paul was employed by the County of Rockland for over 30 years where he served as County Clerk for the last 15 years. Paul loved the people he worked with and it showed in the work that he did. He was an avid public servant and cared for the community like they were his own family.

Outside of his professional career he was a husband, father, grandfather, brother, uncle, and friend. Paul was often quoted saying, “Today is the first day of the rest of your life,” and he truly lived by that. Paul always made sure that he showed up for his family. He was loyal. Paul was a family man through and through. He always ensured that he had coffee and donuts with his mother before work and Easter dinner at Aunt Betty’s house. He had a close relationship growing up to his cousins Gail, Louise, and Kathleen. Paul instilled the same love for family in his daughters. He went above and beyond his fatherly duties by modeling what it means to be the definition of a good person. His daughters would describe him as not only their father but their best friend and rock.

Paul and Flora just celebrated their 33rd Wedding anniversary. Together, they raised three daughters and watched their family grow with the addition of their daughter-in-law Sarah and their beloved grandchild Tonks. They built their life on a foundation of love, mutual support, loyalty, and humor. Flora was Paul’s best friend. They enjoyed traveling together, trying new restaurants, going on adventures, and spending quality time together. His family, often recalled camping trips at Skinners Falls with his close friend Phil Adams and family, countless vacations at the shore with friends, and special trips to Italy where he would always run into someone he knew from Rockland County.

Paul always supported his daughters in all of their endeavors. His daughters always enjoyed morning pancakes and Paul’s personal musical performances. Paul embraced his role as Poppy with his grandchild, Tonks, through early morning Poppy and Tonks’ fun-time.

Paul was loved by his older siblings Judy and John. The three remained close throughout adulthood. Paul was often seen around town with his big brother John.

Thanksgiving was Paul’s favorite holiday where he welcomed family and friends at his house every year. He was always mindful to have an open chair for anyone who wanted to join the festivities. Paul’s commitment to friendship is exemplified by his 40+ year friendship with Phil. Paul was a loyal and loving friend who made long-lasting relationships. Paul spent Saturday mornings traveling to local restaurants with his breakfast crew enjoying each other’s company. He also enjoyed going into the city for dinner and a Broadway show. Paul never turned down an invitation to connect with old or new friends.

Paul was a people person to his very core. With a moment notice, Paul was ready to lend a helping hand to anyone who needed it. This trait led to his involvement in numerous non-profit community organizations. You often found Paul at events showing support and networking to make his community stronger. Paul’s passing is deeply felt not only by his family but by all who knew him.

The Piperato Family is overwhelmed by the love and support being shown by the community who loved him. Thank you.

Please lead by his example, hold each other close in your thoughts and actions, serve others, be kind, and if able please consider donating to a ARC, People to People, and Jawonio in memory of Paul Piperato.

“The partnership between local government and the Workforce Development Board of Rockland County is critical to our success as a county in both the short and long term.

Coordinating training and support services for job seekers with the skills and certifications employers are looking for is the best way to get our residents into quality, high paying jobs that will allow them to support their families and lead to further success here in Rockland.”

We are a volunteer body responsible for policy guidance and oversight of workforce development in Rockland County.  We direct federal, state, and local funding to programs for adults, dislocated workers and youth to help them acquire the skills employers want and help employers access the talent pool they need to compete and win in a global economy. 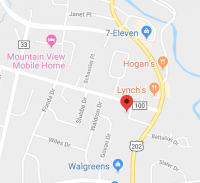